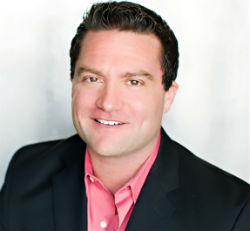 Diplomate American Board of Family Medicine

Dr. Keele earned his M.D. from University of Missouri-Columbia in May 1996.  Prior to that, he graduated from Harding University as Valedictorian with a B.S. in Mathematics in 1992. He moved to Springfield, IL in 1996 and completed a Family Medicine residency in 1999. Dr. Keele practiced in rural Illinois for 3 years until moving back to his hometown of Cape Girardeau in 2002. He completed his Board Certification in Family Practice in 2000 and was recertified in 2007. In 2006, Dr. Keele trained with Cenegenics Medical Institute and became certified in Age Management Medicine.

Dr. Keele changed the focus of his medical practice to Age Medicine in 2006 and developed his own hormone and weight loss program. He and his staff have helped over 10,000 patients since then. Dr. Keele is constantly expanding the program to provide a broader range of services. In 2010 he created Optimized Living Centers, PC, a company that focuses strictly on helping patients achieve their weight and health goals by focusing on an intensive program covering nutrition, exercise, and hormone modulation. Dr. Keele brought on C. Adam Swafford, MD and Ashley VanZant, PA-C in 2011 to help with the program.

Dr. Keele has a rigorous schedule of physical exercise including martial arts, swimming, and bodybuilding. He is a 1st degree black belt in Tae Kwon Do. Dr. Keele has also competed in several triathlons and half marathons, winning his age class multiple times. 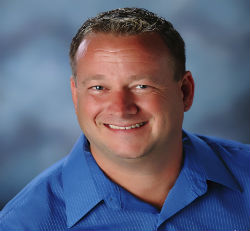 Travis has enjoyed over 20 years in the medical field.  During that time, he spent over 10 years in the Critical Care Department at one of the nation's leading research and academic hospitals.  Travis was also a Data Research Analyst for one of the premier medical schools in the United States.

Travis personally recognized that most of the critically ill patients had a few aspects in common; lack of exercise, poor nutrition and poor medication compliance.  In 2004, while still working as a Critical Care Nurse, Travis founded Recapture Life and formed a long-lasting partnership with JAR Pharmaceuticals to provide a premier transdermal drug delivery system, "Phlojel Ultra".